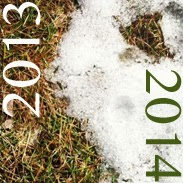 Somehow this Arizona boy ended up in Minnesota. And I think the ultimate testimony of truly living in a cold place is that you watch the first 36 minutes of Star Wars Episode V as a how-to manual for your morning. (Well, it’s testimony to the cold and to being a bit of a geek) As I venture out into the ice planet of Hoth that I live in, I make my way to my steed awaiting me in the freezing cold, and as I slice into the door with my key, like a light saber into the belly of a tauntaun, I pry it open and climb in to get warm. And as the defroster warms up, the smell of intestines and…OK, that part didn’t happen (I can’t smell), but you get the point. It is cold, but comforting that Skywalker and Solo could relate…

Many great things have happened this year: a new baby girl (which is an especially big deal if you know much or any of our story ‘click here’), breakthrough in ministry, and some great growth personally and for my family. With that considered, 2013 has been a year of perseverance (hupomone in the greek – meaning patient continuance; i.e. James 1:2-4) in many ways also, and like many instances in my life I learned much from the people I serve. As I look back over the year, the primary thing that I will remember as far as life-formation goes, is serving the family of my friend Lwai. Lwai (a Karen man – “Kah-ren”) grew up on a farm in what once was Burma (now Myanmar), and as he started his own family, a revolution erupted. It was no longer safe to live there, and with his entire family in-tow (including a baby, wife, two sons in addition to the baby boy, and a great aunt in her 70’s, I think), he led his family in a dangerous journey from where they lived to a refugee camp in Thailand. Living there in the camp for over a decade, his children grew up there, and the jam-packed camp became ‘home’ for them. Lwai, a Believer of Jesus Christ, taught Bible in the camp and became a leader in the community. Then in 2012 they had an opportunity to resettle to the U.S., and that’s when the Missional Community that I lead met Lwai’s family. 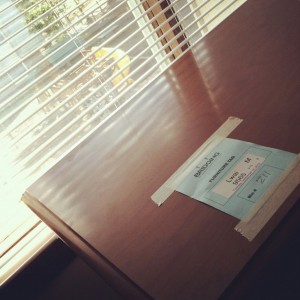 In September of 2012 our community got word that the family was coming. Working with World Relief, MN, we did a drive to get the required things that the family needed for when they arrived, and we moved everything into the apartment. However, the day we moved in we heard that the great-aunt (89 yrs. old) was sick, and they couldn’t fly out. So, not knowing if it would be a day or weeks, we waited. No word. Finally, we had to move the apartment back out and everything into storage because it would most likely take a few months. In December we got word of another family coming into the U.S. so we used everything for that family, walked with that family through the resettlement process, and then in the last week or so of January I received the call that Lwai’s family was coming! We rushed to get everything for the family, get the apartment ready, and over the last year we not only walked through the resettlement process with them, but taught one of the sons as well as Lwai how to drive (and the son already has his license!). Their family (and the other family) has become an important part of our community.

While the year has been full of amazing stories regarding our two Karen families, I was struck with overwhelming gratitude as I was preparing for our Christmas Eve service. A week before Christmas Lwai’s family’s furnace went out. Let me put this into perspective: Lwai is from a part of the world with not only NO snow but rarely below 60 degrees (!), they came to Hoth…er, I mean Minnesota in January of a looonng winter. That is shock enough. but their apartment is in the bottom floor of their complex. Their heat went out this winter, and they persevered through it until someone would come out and fix it. One of our community members found out and advocated on their behalf and with a couple days of being assertive, heat was on a couple of days before Christmas. Through this, one thing I observed is how it is interesting that there is a consumerist mentality we have in middle-class America. The attitude: I pay good money for this, I deserve what I pay for. The thing is – I just don’t see that in our refugee friends. They push to survive, but they rarely complain – and I never see them have the attitude: ‘I deserve this.’ I’ve learned much from them about poverty of spirit and perseverance (patient continuance). Through conversations, laughing together, driving together, and trying to figure out paperwork together, etc., their life has definitely changed…but so has mine. As one of the leaders in our community wrote for an article: “One day the father of one of our Karen families told us that his friends say they are lucky to have American friends. He instead says it is a blessing from God. Indeed it is – for all of us.”

On Christmas Eve we had our Karen families (and some of their friends) to church. The service consisted of father of a family from Southern Mexico sharing about their culture’s Christmas traditions, a father of a family from Ethiopia sharing a song and traditions from their culture, and Lwai’s son Ray singing a Christmas song in Karen. During Silent Night we sang in English, then Ray sung the song in Karen, then Felipe and his wife Maria sang in Spanish, then all together/simultaneously we had all languages sing in their own language. It was so meaningful, but even more so because I have been able to be a part of our Karen family’s journey. We are all unique, but we are all Christ’s. 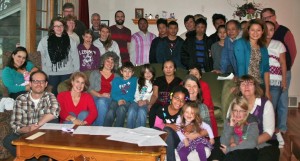 The view from eagle’s wings often shows me that I am not the person that I started out as, and the person I am now is more ‘myself’ than the ‘me’ I was originally. I’m excited for 2014, especially being able to start it from the view up here.