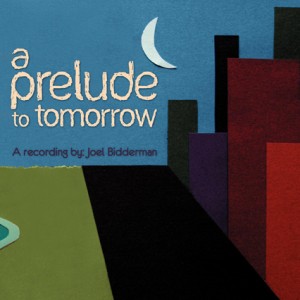 Every song has a story and every album has a story. “A Prelude to Tomorrow” (2007) is an album that I recorded after recording school. With only a laptop, an interface with two inputs, and two condenser microphones (both of which were borrowed)…and pretty much living out of my car, couches, and guestrooms, I wanted to record an album of songs that I had been writing. So, the recording was done completely “organically”, meaning, it was done without pickup electronics (unplugged). All of the music from guitar, to vocals, bass, percussion, etc, were all recorded through microphones – two at a time.

Considering the nature of the recording, I collaborated with a friend (who was a graphic design student at the time) to make the album artwork reflective of the concept of the album. All of the cover work was created using construction paper, and then that was photographed for the album art. So, just as the recording is an assembled hodgepodge of raw wav files, the artwork was also cut and pasted together ‘organically.’ The artist, Jared Hogg, created into the cover landscape, icons that illustrate imagery from the songs on the album: a cityscape, ocean, rain, as well as Arizona terrain (where I wrote many of the songs).

I noticed a few themes in this album: I wrote most of the songs at night, and every song is a prayer-song. Because of that the songs are grounded in intimacy with Christ and a longing to know Him more, but I noticed that they came out in the form of my musical influences/roots of jazz and blues, as well as my more familiar folk. 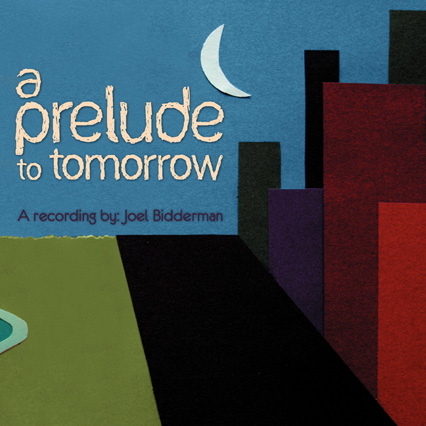 I know nowadays most of our listening is online, digitally, but the process of designing the artwork for this project was a wonderful part of this creative process. You can purchase a physical copy of A Prelude to Tomorrow online at Amazon.com.

In The Storm: What Do You Say? [Audio]

"Going through a storm doesn't mean that we're just waiting for it to go away, but as followers of Jesus, it is looking for Jesus in the storm. And saying, 'I think I see Jesus [on the water], and if that's Jesus, I would rather be with Him, out there in this mess, than in this boat relying on my own ingenuity and resources.' Even though we might be afraid and fearful, He is inviting us into a deeper experience of trust in Him." - my sermon, "This is My Story: In the Storm" For most of my songs, I can recall the moments when I wrote, scribbled, labored, or arm wrestled the [...]

Prayer. It all comes down to prayer. I've noticed over the years that many of my songs are prayer songs. Maybe because music is the easiest way to express my emotions, and of all else, most of what I have to say is to God. In a world that tries to divide life into secular and sacred, I disagree with that temptation to divide, and agree with Wendell Berry, who said something to the affect of: "There is no secular and sacred, there is only sacred and de-sacred." And I think it is the poets who live in the place of inviting people to see over (or rather through) the walls of [...]

You Captivate: throughout the seasons

Seasons. I've heard it, and used it, for years. "I'm just in 'a season of...'" and fill in the blank. It has become a part of the 'christian' sub-culture's language. But as I've walked, ran, trudged, and crawled through this journey called life, I have seen literal seasons of weather so extreme (from Arizona to Minnesota) that when I use the metaphor of seasons, I do it thoughtfully. I love nature, and I've used the imagery of nature in my music often. "You Captivate" is a simple song of seasons. Whether the extremes of life feel dry, like the arid, hot desert, or like the downpour of Georgia rain. Or whether it feels [...]