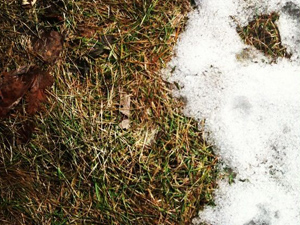 I like thinking about deep and meaningful things. In a sense of the word, I’d like to consider myself a contemplative. If I had the money, I’d buy an island and I would make it to be a community of contemplative thinkers. I’d call it “No Man,” so that it would be physical reality to the truth that “No Man” is an Island. People would wander around thinking about the deep mysteries of life, and about God who is the greatest Mystery of all. The prayer before meals would start out as a blessing for the food, and would end up being a 2 hour intercession for the hungry. Food would get cold…but nobody would care because their hearts would be broken for the poor.

…But I walk outside and face the reality that not only I am not an Island, but also that I am not on an Island. I don’t live in a warm-fuzzy wonderland where I’m at all free from the strife of every single arrow that can fly at me. On the other side of the wall that I’m sitting next to is a violent, angry, selfish, hateful, and spite-filled world that would assume me as useful gone as present.

I believe in purpose. I believe God has me here for a reason, and while I don’t know absolute specifics, I have a strong sense that His reasoning for keeping me around is because “He just wants to.” Frederick Buechner wrote,

“The grace of God means something like: Here is your life. You might never have been, but you are because the party wouldn’t have been complete without you. Here is the world. Beautiful and terrible things will happen. Don’t be afraid. I am with you. Nothing can ever separate us. It’s for you I created the universe. I love you.”

I know there’s a God, I know He loves me, I know He revealed Himself to the world in bodily form (Jesus of Nazareth) somewhere around the turn of B.C. and A.D., I know Jesus died the death of a criminal because mankind separated itself from Him, I know He rose again, I know He’s coming back again, and I know He’s put His Spirit inside of me. I know I’m not on earth to be “in limbo” before I go to be with Jesus. He has a plan for me, and it’s a plan that I often have no clue what it is. But sometimes I see Him use me to give love to other people (not the fake kind, but the kind that’s unconditional). So I know He’s all-powerful because He can even use me 🙂

I want to tell people about Him, but for centuries people have claimed to be His “associates” and they’ve ended up really hurting other people. I don’t want to hurt people, and I don’t want to be a plastic version of a human. I want to be a regular person who is best friends with the Creator of the Universe. If your best friend created a universe (or a plethora of them), let’s face it, you’re gonna’ brag a little. I want to tell others and introduce them to God because they can be best friends with Him too, and that would rock. But as I said, this world is violent, and actually would rather kill God (if they could) than be His friend.

This is the pickle, as well as the application of “Perseverance.” I’m best friends with God and some people wouldn’t mind treating me the same way that they’d treat my Friend if they had the chance. It’s hard. I try to do my best to show others love in the midst of perversion, gossip, hate, and greed. But I can’t do it alone.

Just when the battle is grim and I reach with all my might through the dark to capture hope, my strength gives way, my muscles fatigue, and I can’t stretch any farther…but God catches me by sending another one of His best friends. These friends pick you up, dust you off, and are as determined to see you live in the reality of that hope as you are. They are oasises in the desert, they are lights in the night, and a sunset at the end of a long day.

So my heart does 3 cheers for my Best Friend and His friends that He sends my way.

“No man is an island.” The oasises are worth the desert. The lights are persistent in the dark… And my sunset is beautiful.